After missing 2017 (I actually started, but didn't get it finished in time), I wasn't going to miss it again. This year, the theme was Lost Stories, and the ingredients were Speedwalking, Blunt, Sheepskin, and Weigh. As usual, panic set in at the disparity of the ingredients.

I did what I usually do to get inspiration- resorted to the dictionary to see other less known definitions of the words.

Still I had nothing. But suddenly, I thought of my favorite Steven King book - The Long Walk. That could work. But I didn't want to just try to gamify that- what angle could I use?

I've been watching a lot of the show Supernatural lately, so drew a bit on that. Hell, could be a good place- it's a punishment.

This year, as my daughter has been writing a lot, I bounced my first loose interpretation off her. That it was an endless day, and the characters had been members of a group of criminals, and things had gone horribly wrong. They all died, and have to replay that day over and over, trying to escape the consequences that they knew were coming. That I would somehow use the old adage of- I only have to move faster than you. And the demons would harry them, trying to keep the game close.

She brought up the fact that blunt could mean that they were like Sam when he came back with no soul... that made me think of purgatory. And making them soldiers. From that the ideas flowed, and what you hold is the result of that explosion of ideas!

And with that, I dedicate this to my daughter. I hope to one day hold one of your books in my hands! I'm sure it will be awesome!

Oblivion's Heroes is a game about those forgotten soldiers that die on unnamed battlefields fighting the wars of others. We hear about the stories of the soldiers who are remembered, but many names are forgotten, their owners missing or dead in an unmarked grave or a ditch. Who tells their stories? Who judges their actions- to call them Hero or Villain?

I present Oblivion's Heroes, my entry for Game Chef 2018. 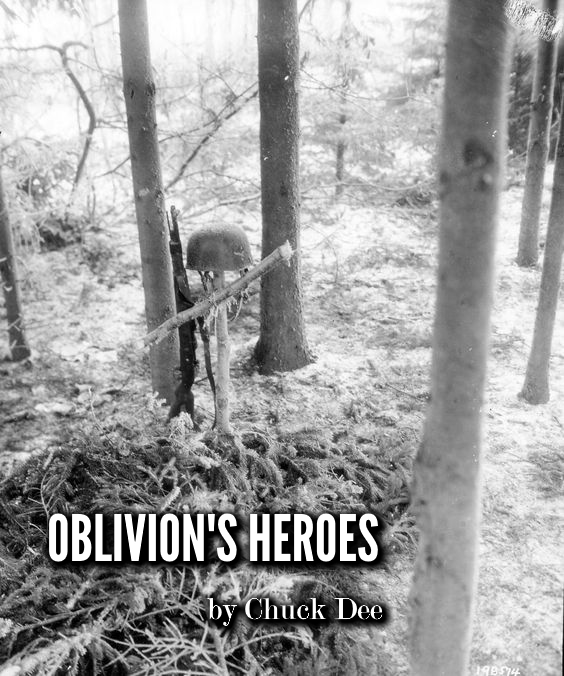 Remember, it's easy to judge our servicemen and women for the policies and actions of our government and the politics behind them. They, for the most part, joined to serve their country. Remember them in that light, not in the light of those that would use them for ill.

Back to the Blog